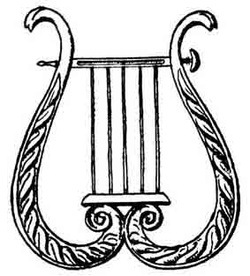 And their feet move
Rhythmically as tender
Feet of Cretan girls
Danced once around an
Alter of love, crushing
A circle in the soft
Smooth flowering grass.
-Sappho 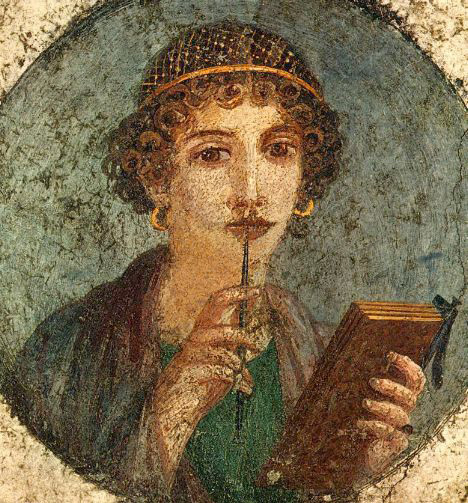 Born in the last quarter of the seventh century b.c. It may be possible she was born in the year 612 B.C. Plato considered her a tenth Muse and many other well known considered her in no less greater light.
She grew up on Lesbos, an island adjacent to mainland of Asia Minor. Lesbos was also the birth place of great philosophers. The deduction was made that her parents were most likely part of aristocracy.
In the year of 606 B.C. A war lasted ten years and the island and it’s ten city states were left, and her father possibly died when she was six years of age (Weigall 1932). As she grew older she became a well known poet and created Sapphic meter for her poetry. Known as a lyrist because of the use of a lyre with her poetry Sappho wrote poems about her students and possibly gives us a look into the society of seventh century.
As well known as she was it is surprising that only one of her poems has made it through the ages. What’s left are simply fragments of her great works and thoughts. She started the movement to use the first person in poetry. To this day she is studied and speculated over, for a woman dead for over two thousand years, it’s an achievement in itself (North 2007).
((http://www.sappho.com/poetry/sappho.html))