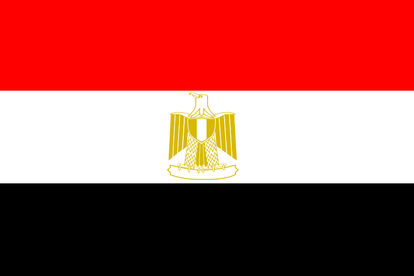 The African country of Egypt is home to 72,579,030 people, 41 cities, and the longest
river in the world (Egypt State). Egypt’s colorful and lengthy history contains some of the most famous and influential people of their time such as Queen Nefertiti and the Pharaoh
Tutankhamen. It is topographically divided into four main areas: the Nile delta, the Western desert, the eastern desert, and the Sinai Peninsula (Egypt State). 57.4% of the population lives in urban areas, while the remaining 42.6% live rural areas. Women make up 48.44% of the population, while men make up 51.1% (Egypt State).

Women gained the right to vote in Egypt in 1956.
Women are legally allowed to own property and complete their education.
18.2% of the women in Egypt are illiterate; this is the second highest out of all lower-
middle income Middle Eastern and North African countries. 78.9% of all births are attended by a skilled assistant such as a doctor, nurse, or midwife; only 69.9% of women receive prenatal care In rural Upper Egypt, 89% of all girls have experienced some form of Female Genital Mutilation before they reach the age of 18 About ¼ of Egyptian work outside of the home

While Egypt has an active women’s rights movement, there is still much room for
improvement, especially in the rural-poor areas of Egypt. (All information for this section
was retrieved from The Center for Economic and Social Rights Egypt Factsheet.)

Education in Egypt consists of three levels: the primary, secondary, and tertiary levels. It
is free at all levels at state run schools, and is compulsory from ages 9 to 14. However, the
public university system has been criticized for its low standards and sub-par educational
quality. Only 30% of Egyptian students will go to university, and half of those who enroll in
college will drop out before they have completed their degree.

Enrollment rates in primary school for girls range from 95-99% in the lower regions to
only 77-75% in the upper regions. This discrepancy results from the abundance of urban cities and towns in the lower regions versus the more rural villages in the upper regions. It is easier to enforce compulsory education laws in urban areas, and traditional views about women’s education are more prevalent in the rural areas. However, 49% of all university students in Egypt are women, but 69% of Egypt’s illiterate population consists of women.

Women in the Economy:

Women make up less than 25% of the workforce in Egypt. This is due, in part, to the fact
that many people still view a woman’s place as being in the home instead of in the workplace regardless of their education or intelligence. The expectation of most traditional Egyptian families is that women will get married and take care of her household. If the woman has a college degree, she is still expected to get married and forsake any career goals that she may have had for herself. The ability of women to participate in the economy is further limited once they get married and are expected to defer to their husbands in all matters concerning money.

Women in the Arab Spring:

"Egypt's ruling Muslim Brotherhood warns that a U.N. declaration on women's rights could destroy society by allowing a woman to travel, work and use contraception without her husband's approval and letting her control family spending."

Women were avid participators in the Arab Spring (a conflict in 2012 that usurped President Mubarak from his corrupt seat of power), and many were hopeful that this new era in Egyptian politics would usher in many new rights for women. These hopes were dashed when the ruling Muslim Brotherhood made it very clear that giving women more rights and freedoms was not a priority. In fact, many political analysts worry that extremist views may even reduce the number of rights that Egyptian women have now. Despite the large role that women played in the Arab Spring conflict, they are once again being marginalized in Egypt.