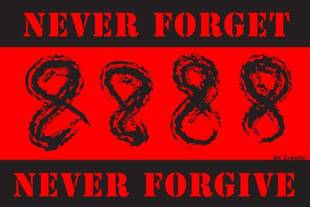 On the 8th of August 1988, in Yangon, Burma, occurred an event known as the “8888 Uprising”. It became known as one of the largest and most amazing Pro-Democracy Protests in Burma. It started as a student brawl without political meaning (“Aung San Suu,”2013).

It was, at first, just peaceful demonstrations with students but very quickly spread over the entire country. Later on, even more Burmese people joined to protest against the government, including Buddhist monks, teachers, hospital staff, government workers, officers, and general citizens. The student leaders promoted a set of ten demands for the restoration of a democratic government in Burma ("8888 Uprising History,” 2011).

General Ne Win failed to hold the situation so the military imposed martial law and thus gave General Saw Maung, commander-in-chief, absolute power to extinguish the situation. The military killed thousands of Burmese people, including monks and students, who were involved in demonstration. On September 5th 1987, General Ne Win announced the withdrawal of currency notes that were of 75 and 25 kyats (Kyats are Burma’s form of currency).

After the decision, Yangon Technological University students protested on campus. The military killed a student by the name of Phone Maw, to serve as a response, in front of the university main building. The killing led to a significant protest, pushing for an uprising, which started on August 8th, 1988. General Ne Win said, “Guns are not to shoot upwards”. Basically, the order was to aim directly at and shoot the protestors.

During the uprising, many civilians, monks, and students were killed by Tatmadaw (Burmese Armed Forces). The military fired at them until the bridge the protestors were walking over was colored red in their blood. In 1988, Suu kyi returned to Burma after receiving a phone call about her mother having suffered from a stroke to take care of her.

On December 27th, 1988, Suu Kyi’s mother, Khin Kyi, passed away. The Burma she had returned to was different from the one she has left as a young adult before having gone abroad. She heard news of how the military killed thousands of people during protests. The strong passion she received from her father, to seek true freedom for her people, led her to make the decision to begin a political career. She traveled around the country and gave speeches in support of democracy and nonviolent resistance to the military.

On September 27th, 1988, Suu Kyi gained recognition as the effective leader of the National League for Democracy (NLD) after helping found it. She became a general secretary of the NLD and was recognized as a popular and effective speaker in favor of democracy throughout the country. Because of her political movement, the government placed Aung San Suu Kyi under house arrest in 1989 and she had to spend almost fifteen of her sentenced twenty-one years imprisoned.
Reference: