It is nearly impossible to grow up in America during the years past 2000 without hearing something about Pakistan, Iraq, or other Middle Eastern countries.  However, with all of the negative stigma centered around that region of the world, we rarely hear about people who change the world for the better.  Since it is common knowledge that some countries in the Middle East enforce religion, and require women to follow a different, very specific set of rules compared to men, it is common for people to totally underestimate the role of these women all together.  With this being said, it is even rarer to hear about a Pakistani woman who has changed the world.  This doesn’t, however mean that they don’t exist—Benazir Bhutto is a prime example of such a woman.  Despite her culture, the societal norms within that culture, and life in a country where higher education for women is atypical, she was able to make a major impact on her country and the world around her. 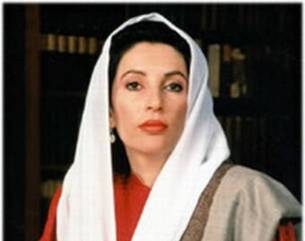 In reading “Pakistan” (2013), one discovers the cultural background of Pakistan is very different that of the United States. In this culture—where Benazir Bhutto was raised, the languages spoken are quite diverse (Pakistan, 2013).  The official language is Urdu, although it is the first spoken language of only around 8% of the country (Pakistan, 2013).   48% speak Punjabi, 12% converse in Sindhi, 10% use Saraiki, 8% speak Pushtu, 3% chat using Baloch, and 11% speak some other language.  English is also spoken but only by a very few, very “elite” group of people (Pakistan, 2013).  Benazir Bhutto spoke two of these languages—Urdu and English (Pettinger, n.d.).

Another very important factor in the culture of this country is that it is an Islamic nation, meaning that “Islam governs personal, political, economic and legal lives of majority of Pakistanis” (Pakistan, 2013).  This aspect of culture is very important, because it can affect the societal norms of that culture.  In Pakistan, because of this state of being, women tend to be treated poorly, even prior to birth (Najam, n.d.).  In The
Status of Women in Pakistan, Najam (n.d.) describes girls as being unwanted—the statement is made “[a girl’s] life is a journey of subordination”, which means that Benazir Bhutto was born into a culture where she was in a “lower class” than men, and where the societal norm made it so that she was expected to be “controlled by the government” (Guralnik, 1970).  Najim (n.d.) goes on to explain that it is normal for a woman’s fate to
ultimately be decided on by a man in her family.  These circumstances created a struggle for women like Benazir Bhutto who had ambitions and dreams for themselves or their country.

In defining culture, it is rational to include the typical family structure of that society.  In Pakistan, the norm is a patriarchal ideology, meaning that the father is the head of the family (Pakistan, 2013).  This follows the societal norms tied to woman in Pakistan, as well as the religious backgrounds of most of the residents of Pakistan, which is Islamic (Pakistan, 2013).  This was not the family structure of Bhutto’s family, however, as her father did not necessarily have these views.  In fact, while her father was in office, he“liberated women and minorities from their second-class positions”, and appointed the first female governor (Bhutto, 2008).

Growing up in Pakistan is apparently very different from growing up in the United States. According to an
11 year old girl—Krishn’aa (“Krishna”), life in Pakistan is not at all the same as life in the United States—from the culture, to societal norms, to educational opportunities (L., n.d.).  Krishna shares that “less than half of the children between the ages of five and nine go to school, [and] if they do go to school, the boys and girls are taught separately” (L., n.d.).  This is a glimpse of what types of educational opportunities there are in Pakistan.  For this reason, it is reasonable to conclude that it is rather difficult to obtain an education, especially as a
female.

Although such barriers did exist when Benazir Bhutto was a child, she was able to obtain education in Pakistan, because her father was a politician—the founder of the Pakistan People’s Party, who later became prime Minister (Pettinger, n.d.)— and as a result, she had a relatively privileged childhood in comparison to many others her age (Chua-Eoan, 2007).  Bhutto made sure to take full advantage of this educational
opportunity—she passed all of her A-levels (Pettinger, n.d.), went to Radcliffe College at Harvard University at just age 16 (Benazir Bhutto—Pioneer for Democracy, n.d.), attended Oxford University to study Law at Lady Margret Hall College, and went on to become president of the Oxford Union (Pettinger, n.d.).
During the summer of 1979, her entire family was placed under house arrest (Pettinger, n.d.), which she later wrote about, saying “The summer heat turned my cell into an oven. My skin split and peeled, coming off my
hands in sheets” (Bhutto, 1981) (Pettinger, n.d.).

“The summer heat turned my cell into an oven. My skin split and peeled, coming off my hands in sheets”

After studying outside of Pakistan for such a long time, Bhutto had a strongly formed opinion on what the correct form of politics was, and when she was released from house arrest in 1984, she started to rally to restore the Democracy that her father initiated (Pettinger, n.d.).  She wrote that once it was time for her to  step into her father’s shoes and fulfill his legacy, “[she] led the struggle for democracy” (Bhutto, 2008).

After her death, her son was quoted as  saying “My mother always said, 'Democracy is the best revenge”, and she was named one of the seven winners of the United Nations Prize in the Field of Human Rights (Pettinger, n.d.).  Though Bhutto did not have the  time she may have wanted in office, she was able to impact the world through her persistence and struggle for democracy.  She may inspiration to many, including women with similar cultural backgrounds.
If you have a lot of time, watch this interesting interview! For a less time-consuming, but equally interesting interview, view the video in the column on the upper left.
Powered by