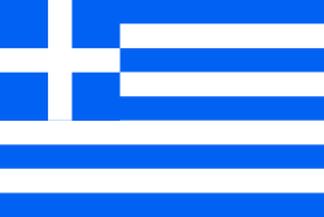 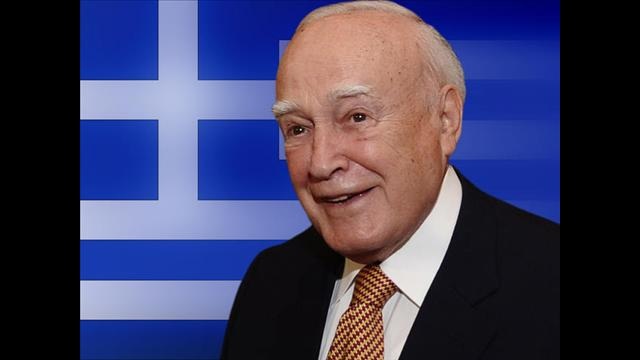 Only Female Minister of Foreign Relations: 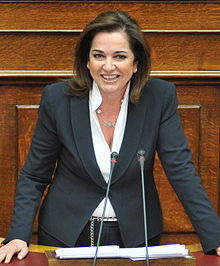 -Foundations of western society are based on 5th century BC Athens

-Greece spent hundreds of years being passed between different empires, including the Romans and the Ottoman Turks

-It's interesting to note that there have been no female heads of state except for Queen Olga, who ruled for 1 month in 1920 after all of the male members of her family had died or been killed.  She was quickly replaced.

-Education is highly valued in Greece, and comparable to many other European countries and the United States

-Most children are educated through high   school, and are encouraged to attend college

-Early Greek education (through age 12) is similar to the education system of the United States.

-There are 6 types of Greek middle schools known as Gymnasiums.  Entrance to these schools depend on what path of life a student wants to take when they graduate and what there scores are in various subjects.  The 6 types of Gymnasiums are General (the most similar to our middle schools), Athletic (which require the student to pass sports exams), Musical (which require to students to pass musical exams), Art, Experimental, and Church.

-Education after middle school is determined by which Gymnasium you attend.  A student can either attend three years of high school or go to a vocational school.

The Role of Women

-Ancient Greece's view on women was similar to that of other ancient empires.  Women were seen as being secondary to men.  The were not really allowed to be out in public.  Instead, they were expected to stay at home and raise the children.  They could not participate in entertainment such as the theater, nor were they really expected to attend these sorts of events.  The only real freedom that they had was the ability to race in chariot races.  If they won, however, they would not receive their prize; the prize would go to the horse.

-While Greece was under the control of various empires, women still faced oppression.  They were seen as only the homemakers.

-Modern Greece took a different approach.  Women gained more freedoms, but they still were expected to run the family and raise the children.  This is an great role in Greek culture, though, as the family is one of the important parts of Greek life, and having the woman be in charge of it shows great progress.  Greek women are now able to own land, entertain, and work, making up 48% of the workforce.  They received full voting rights in 1956.

The United States vs Greece

While the history of Greece is far different than that of the United States, the current roles of women are incredibly similar, as is in many first world countries today

-Over time, Greece developed a fairly modern view of education and gender roles.  While there are still some aspects that need  work, such as female representation in the government, the advancements that Greece has made are comparable to those of other great European countries.

Culture of Greece.  Retrieved from http://www.everyculture.com/Ge-It/Greece.html

Greece History: A brief description of the history of Greece and the Greek Islands.  Retrieved from http://www.greeka.com/greece-history.