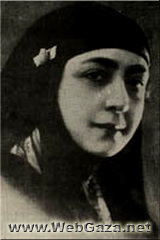 During the late nineteenth and early twentieth century’s Egypt was experiencing internal upheaval.  The country was going through a change in social and cultural traditions as its input in the modern globe increased and Europe’s influence of urbanization, capitalism and innovation began affecting the country.  (El-Halawany, n.d.) During this time Huda Shaarawi became one of the first women to speak out on women rights and became actively involved in the nations struggle against the presence of colonial Britain. (WISE, 2013)

As Egypt began playing a larger role in the European world market in the 19th century there was much opposition arising between modernist and conservative thinkers.  Class and gender traditions were being challenged and the harem declined as a new more “modern” culture began to form in the Islamic state. (El-Halawany, n.d.) As the movement continued towards a more modern society religious law became questioned, as well as the rights of women in society.  More modern religious thinkers felt that women’s oppression was due to disintegration in a moral Muslim society. There needed to be a new outlook on religious teachings and revitalization of Islam; and with this new outlook, changes needed to be made in society, for instance regarding polygamy. (El-Halawany, n.d)

Women of Egypt took advantage of this division within Egyptian society as a time to try and expand their rights. They began demanding educational opportunities and more involvement in the public life of Egypt. Education for women was for domestic teachings rather than academics. (WISE, 2013) There were even societal assumptions that women in the workforce were at risk of losing their femininity. (El-Halawany, n.d.)   This country was very much a patriarchal society; women were very limited in the role they played outside of the home.  In traditional Muslim society the women were expected to wear a hegab which covered their hair and face when they went out in public. (Bois, 1997) The British colonial feminists viewed veiling as an oppressive custom because they considered the ultimate measure of womanhood to be that of Victorian England. This practice became the focus of attack by colonials on Muslim society. The British pressured Western feminism on the Islamic society, claiming that adoption of Western ways and forgetting those native practices would be a solution to female oppression. (El-Halawany, n.d.)

Huda Shaawi was one of the many advocates for women that began making strides for change during this time.   Growing up in a harem provoked her animosity towards restrictions on women’s dress and movement. (Bois, 1997) She started lecturing, to enlighten the women of her country. She created the first Egyptian Philanthropic Society for Egyptian women in 1908 and in 1910 a school that focused on academic rather than domestic subjects for women. (WISE, 2013)  Not only was there the issue of the rise of feminism during this time, but a national struggle against the British colonials. Feminists were able to use nationalism as a way to begin critiquing gender relations in society.  In this time women struggled as feminists as well as nationalists. (Badran, 1988)

Huda was not only a strong activist for women’s rights, but also a passionate nationalist that became involved in the struggle against British presence in Egypt. She fought against the traditional perception of women and restrictions they faced keeping them from participating in politics and the public. (WISE, 2013) After World War I many women began getting involved in the political sector, taking action against British rule. Huda organized an anti-British demonstration in 1919. (Bois, 1997)   Egyptian women poured into the streets displaying their alliance to one another and their nationalism. Huda continued her fight for women’s rights throughout her life. She removed her veil in public after stepping off a train, and many women around took off their veils as well, being an extremely public defiance of tradition. She founded and was elected president of the Egyptian Feminist Union for twenty-four years. The goals of the Union included raising the minimum age of marriage for girls to sixteen, improving health care, and increasing women’s educational opportunities. The goals the Union set, and the pressure they created actually brought about the first secondary school for girls in 1927. Huda traveled and attended many European conferences as a representative of Egyptian women. (Bois, 1997)

Huda was a central figure to Egyptian feminism during the Nineteenth and Twentieth century’s. Her drive and motivation for change in the Islamic state contributed greatly to the beginning of the push for women’s rights in Egypt. She was a vital figure to nationalism as well during the British colonialism  and had many accomplishments from that which she advocated for.