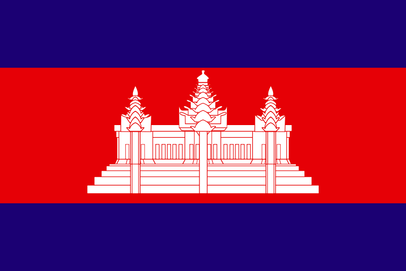 Women and Culture
The culture of Cambodia has, throughout its history, been a mostly patriarchal society where men receive the most education and political power and women are reduced to a subservient housewife.  Even though many women still fill the role of a housewife, Cambodian mainstream society has become more egalitarian when it comes to the opportunities presented to men and women.  Since the early 2000s, efforts have been made to increase the status of women.  The Cambodian Constitution prohibits discrimination against women, but sexism is still present within the society.  Even though a little over half of Cambodia's population is female, males still hold more than half of the "wealth, resources, and voice" (United Nations Development Programme, 2010).  Men also receive more higher education than women, although the education obtained by boys and girls during primary and secondary school is about equal.

Beginning in the twelfth century and continuing to the early to mid-1900s, Cambodian boys were taught by Buddhist monks.  They learned language, math, and Buddhism.

1884: Cambodia was colonized by the French who began an alternative education system in the early 1900s that taught French rather than Cambodia's native language.  This education system "aimed at creating an elite male Cambodian population" (Collins, 2008) that was meant to eventually take over the role of the French colonists in running Cambodia.

By 1925, there were 160 French primary schools.  Enrollment in these schools from 1925 to 1944 increased by about 70,000 students, but in 1944, only twenty percent of the male school-aged population was enrolled.  Females were rarely able to go to school.

1953:  Cambodia became independent from France and the education system was expanded.  The number of highschools and universities increased from 8 to 209 and by 1967, the number of students enrolled in schools reached about 160,000.  Only sixty percent of the female population at this time was literate.

In the 1970s, the Cambodian education system was destroyed when a civil war broke out between the Khmer Rouge, a large Cambodian communist party, and the Vietnam War "Spillovers" (Collins, 2008)  This war resulted in the Khmer Rouge taking political control of Cambodia and, in an attempt to easily control the society and to destroy any European influences, killing anyone who had been or was currently enrolled in school.  Many of the older educated individuals fled to France and Thailand, but those who stayed were executed.  About two million people were killed under the rule of the Khmer Rouge, including sixty-seven percent of the individuals who were students at the time.  The schools were turned into prisons and animal shelters.

1979: Vietnam invaded Cambodia and drove the Khmer Rouge out of power.  After the Khmer Rouge were out of power, the Vietnamese invaders forced communism onto the Cambodian government and attempted to restart the education system.  The attempt was not successful at first, though, because the society lacked trained teachers since most either fled or were killed under the rule of the Khmer Rouge.

From 1989 to 1998, uprising and turmoil defined Cambodia as the country tried to resettle from the conflicts that marked the previous few decades.

1998:  the first peaceful, post-Khmer Rouge election- Even though Cambodia finally reached a time of peace, it still faced the issues of low educational levels, scarce resources, and poverty.

Cambodia's current education system is run by the Ministry of Education, Youth and Sports (MoEYS) and is composed of four educational levels- preschool/primary, secondary, non-formal, and higher education.  Both boys and girls are able to attend, almost equally, primary and secondary schools, most women do not obtain a higher education.*Interestingly, unlike the dominant group of Cambodian women, Khmer Rouge women report being equal to men in areas including (but not limited to) "education, politics, and the home" (McGrew, Frieson, & Chan, 2004).